CELEBRITY DATING GAME -“Hannah Brown and Nicole Byer” – Hosted by actress and singer-songwriter Zooey Deschanel and multiple GRAMMY®-winning singer-songwriter Michael Bolton, “The Celebrity Dating Game” offers a wry wink at modern dating with a star-studded roster of celebrities in their pursuit to find love. In the series premiere of “The Celebrity Dating Game,” former Bachelorette and season 28 winner of “Dancing with the Stars” Hannah Brown asks potential suitors to name a fun and romantic activity they can do at home, and Michael Bolton performs a hilarious parody of “I Found Someone” to give her suitors some important clues. Meanwhile, comedian, actress and TV host Nicole Byer tests suitors by asking them, “If I was a frozen pizza, how would you get me hot?” and Michael Bolton offers his rendition of “Wind Beneath My Wings” to help the suitors figure out Byer’s identity. The series premiere of “The Celebrity Dating Game” airs MONDAY, JUNE 14 (10:00-11:00 p.m. EDT), on ABC. (ABC/Craig Sjodin)
NATE SHANKLIN 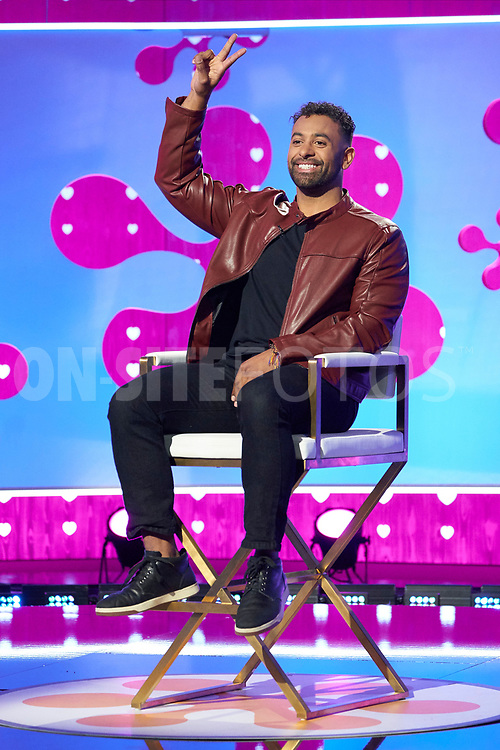